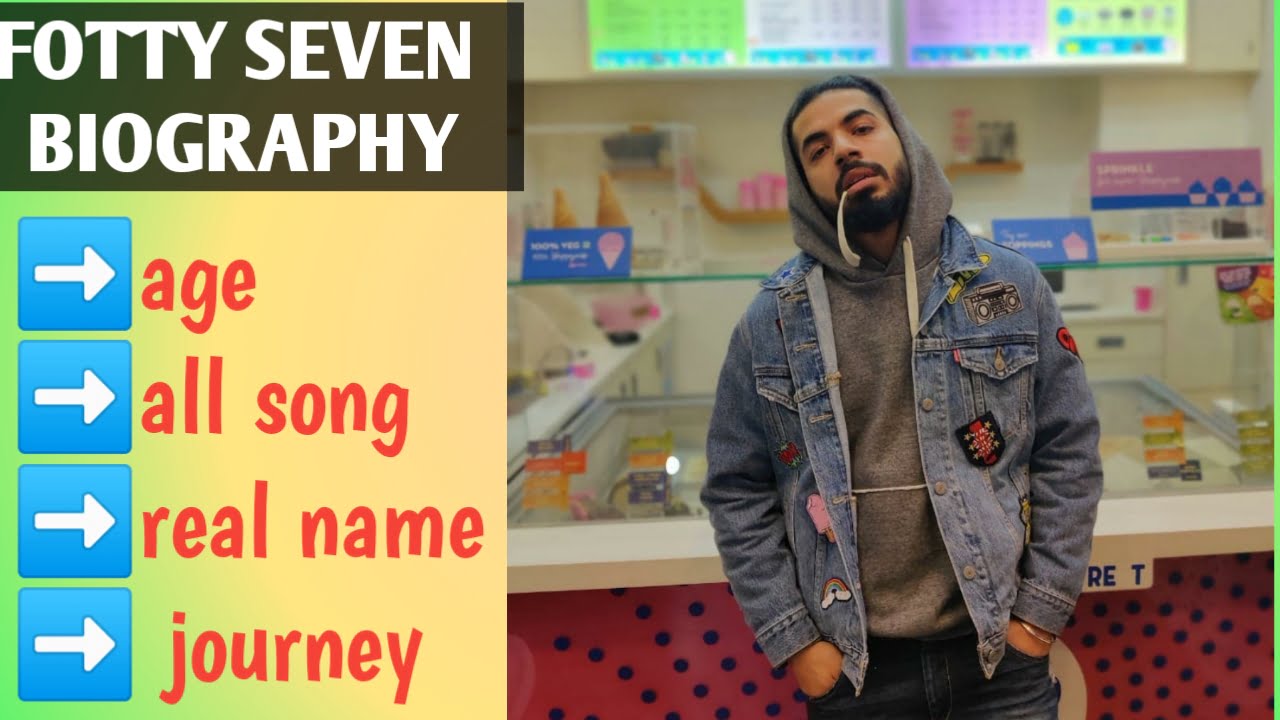 Ankit Gudwani, better known by his stage name Fotty Seven is a rapper from Gurgaon(Gurugram) known for his unique and amazing flow, he used local Delhi language in his rap songs which makes him uniques from other. Nowadays Fotty seven is a famous rapper in India, especially in Delhi he has a huge fanbase.

Fotty seven was born in Gurgaon(Gurugram)in 1991, Haryana state, India.
In 2009-2010 when he was in his 12th Standard student, his friends from the same class listening rap and Ankit dislike rap but later he started listening to John Cena, 50 cents, and Eminem but he was mostly influenced by Eminem.

How he got his stage name Fotty Seven

It is a little interesting, he used his First Name and Last Name initials letters (A and G) and Silver is a chemical element with the symbol Ag and atomic number 47, that is how Ankit Gudwani got his name FOTTY SEVEN(47).
In his initial days of rapping career Ankit Gudwani raps in english language only, Footy Seven first rap song was uploaded on Youtube with the name Twinkle Twinkle 1’m A Popstar in the month of April 2011.

In the initial Fotty seven write lyrics, record and mix master his song also he produced music for his track, because of some financial problem.

Footy Seven also said in an interview that he has opened stage shows for many big Indian rappers like Honey Singh and Bohemia, with his rapping career he also started to do Job.

One day Ankit(Fotty Seven) got to know about Naezy’s hindi rap song ‘Aafat’ and from that date he plan to rap in Hindi.
Fotty Seven release his first Hindi RAP song titled Papa which in the year 2017.This song cross more than 1.7 Million views( till now) on youtube and then he also released some Spoken Word rap (story telling) about what our society is facing. In his rapping career he got supported by his family.

Fotty Seven rapping career started to rise when he released his three songs Pagal Hai Kya, Chal Nikal and Haan Bhai, from these releases many rappers like Raftaar, Ikka support him. Fotty Seven got featured in the video of Raftaar song Dilli Waali Baatcheet.

Fotty Seven also took a guest appearance in MTV show, MTV Hustle where he perform his song ‘Galat Launda’ and ‘Pagal Hai Kya’ where Raftaar was present as a judje.

For his amazing work Fotty Badshah supported him and they made a trio group named Kaleshi Launde, which is a trio includes rapper Bali, Fotty Seven himself and Badshah.

Fotty Sevenalso released a songwith Badshah titled ‘Bhot Tej’ from Sony Music India, which was a hit song and after that he drop many amazing song from his Youtube channel.Tracks like ‘Theek Hoon Main’ which was a new style he tried from himself, he also drops ‘Zero Fark’ and ‘Chaud’ in the year 2020.

Fotty Seven also collaborated with famous rapper Ikka in the song ‘Sahi Sahi Sahi’ which was trending on Youtube in the top 10. Then he drops ‘Kya Hai’.

Fotty Seven also got beef with KKG rapper Rob C, Rob C dissed him and drops many disstrack againest him and Fotty Seven answered him subliminally in the song ‘Gooda’ ‘Swaha’ and Baap Se.

I think Fotty Seven rapper is the future of Delhi Hip-hop scene, because he got a very uniqueand amazing style of music.